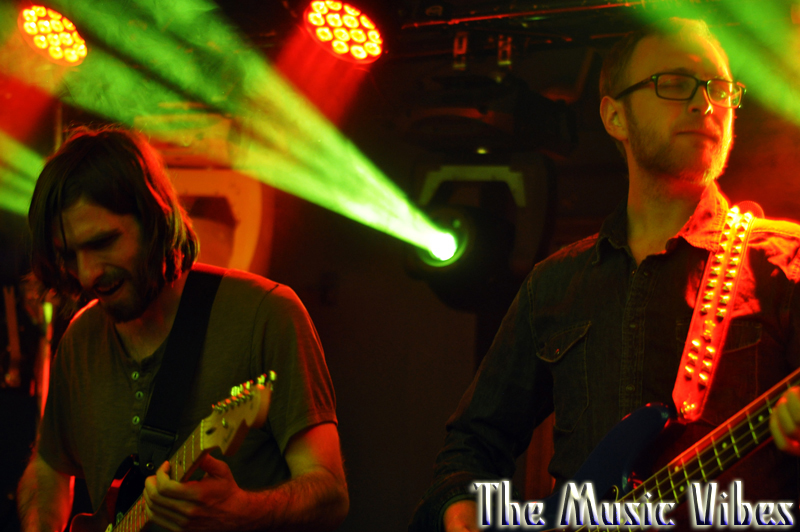 My father and I have attended many concerts at the Stanhope House.  The venue has a beautiful wooden dance floor, indoor bar and an outside beer garden.  On the night of Wednesday, April 17, 2013, one of my favorite bands, Dopapod, graced the Stanhope House with their presence.  I recently saw Dopapod perform at the Highline Ballroom with Kung Fu and at the Trocadero with Papadosio. 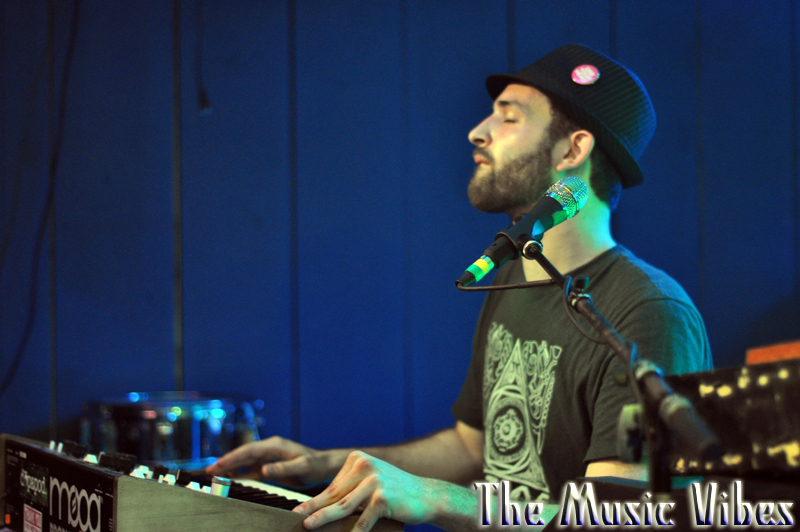 However, the band reached a completely new level that night as the lead singer and guitarist, Rob Compa, exclaimed to the audience, as sweat poured down his brow, “Well isn’t this like a house party?!”  That it was, the whole family of avid fans and Dopapod followers were jam-packed on the dance floor, huddling around the stage dancing their legs off!  There is no resisting the dance fever when Dopapod takes the stage.  Their progressive electro-jam rock and funk infusion revealed a hint of rebel metal at the harder notes. 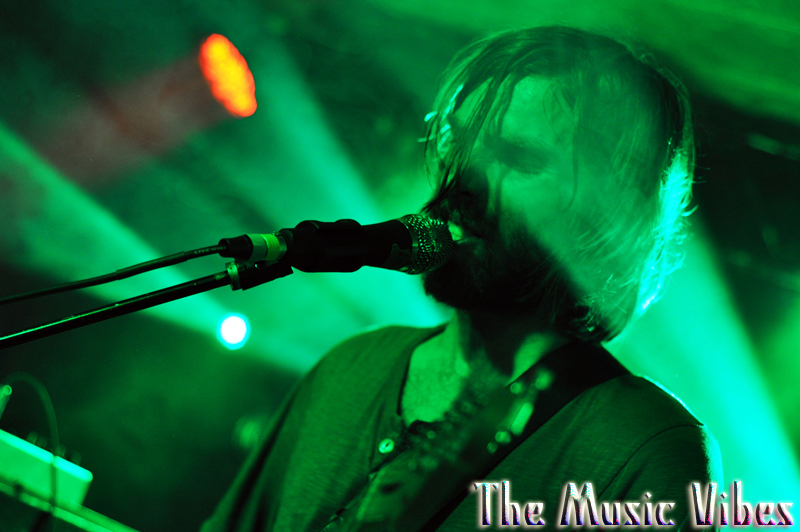 I recall the first time I saw Dopapod at Catskill Chill in September of 2012.   A girl named Kitty approached me raving about the band.  She suggested that we start a non-profit organization for the band and call it “Dancing for Dopapod”.  I am quite confident that we would have many dancers volunteer for the work, passionately raging to this one- of- a- kind music delivered by what many consider the most talented musicians of our generation.  The band has an organic,  yet modern, sound with Eli Winderman rocking the organ and electronic keyboard, Neal “fro” Evans on the drums, Rob Compa, on the guitar, and Chuck Jones on bass. 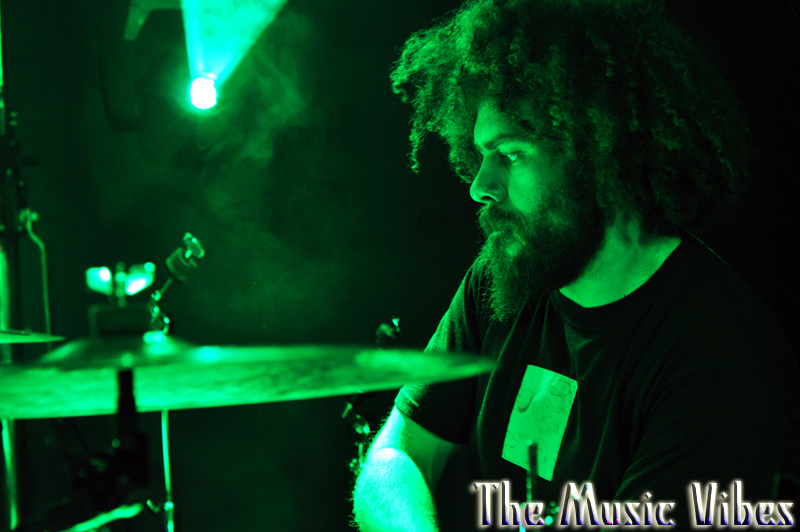 Dopapod originally formed when the members met at Berklee College of Music in Boston, Massachusetts.  Berklee’s own student run label, Jazz Revelation Records, led by Kevin McKlusky, helped the band take off.  Jazz Revelation Records held an event that was comprised of the best jazz musicians in the area and included Dopapod in the compilation.  They even featured the band to perform the last song of the night!  Dopapod was on there way to becoming a popular band of today.

Currently, all but one member of the band, Eli Winderman, live in Brooklyn.  Since the living situation is complex (much like their music) and their touring schedule is very busy, they have no particular method to how they practice.  Occasionally they are fortunate enough to find some free time on the road, or before their performances, to practice.  In recent years, the band has been taking time off in January, then reuniting, writing new songs about four to five days a week, before they prepare once again to hit the road. 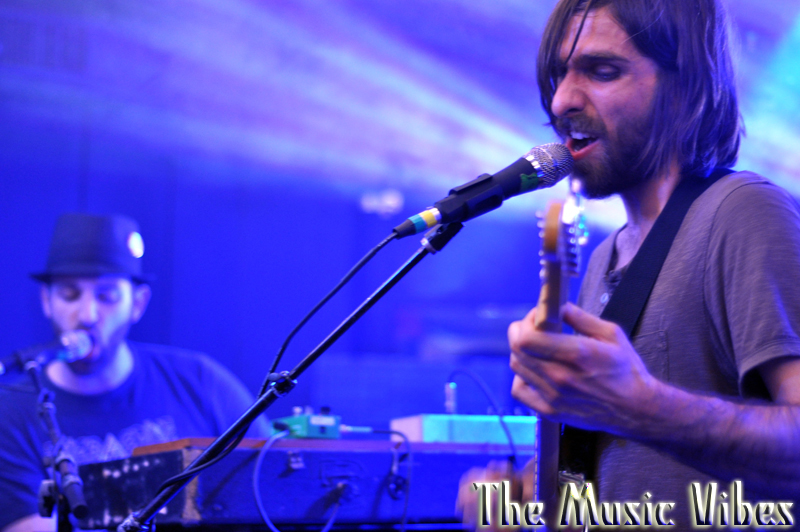 When recording their newest album, Redivider, which was released on December 21, 2012, they all lived on a friend’s solar powered farm in a small town in Connecticut.  Due to the serene nature of their surroundings, the recording time spent on the farm also served as a respite for the band.  This new album can be described as an experimental production of jazz-fusion entwined with modern day rock, jam, dance and a twinge of metal.  This is the first album that the band has recorded vocals for, adding another layer of texture to their already multifaceted sound. 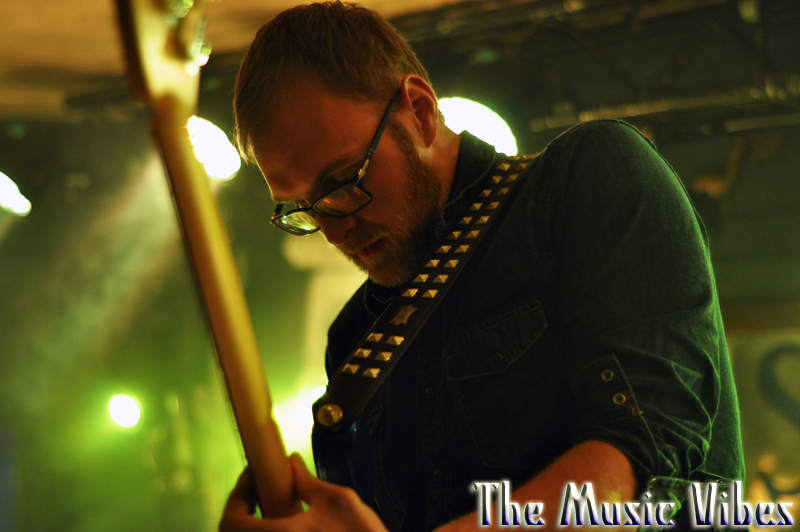 The music of Dopapod defies all boundaries and cannot be categorized under any specific musical genre.  But, that is exactly what makes Dopapod’s music so exceptional and unique.  The band fills their sets with brilliant improvisations, and weaves together different styles of music creating a funky, sound that energizes their audience to get up and dance.  Dopapod is a festival favorite band and has played at several festivals in recent years, including Rootwire, Aura Festival, Gathering of the Vibes, Catskill Chill, Bonnaroo, Mountain Jam, Burning Man, Bear Creek, The Big Up, and Camp Bisco.  They have a jam-packed touring schedule and average over 150 shows each year, not including their festivals.  The band’s cohesion is another characteristic that sets them apart from today’s music.  They are constantly communicating with each other on stage, albeit silently, through body language and facial expressions.  This allows each band member to play off of each other member’s improvisations.  They have further refined their already remarkable sound since their earlier albums, Drawn Onward from December 2011, I Saw Live Dopapod Evil was I in July of 2011, and Radar from 2009. 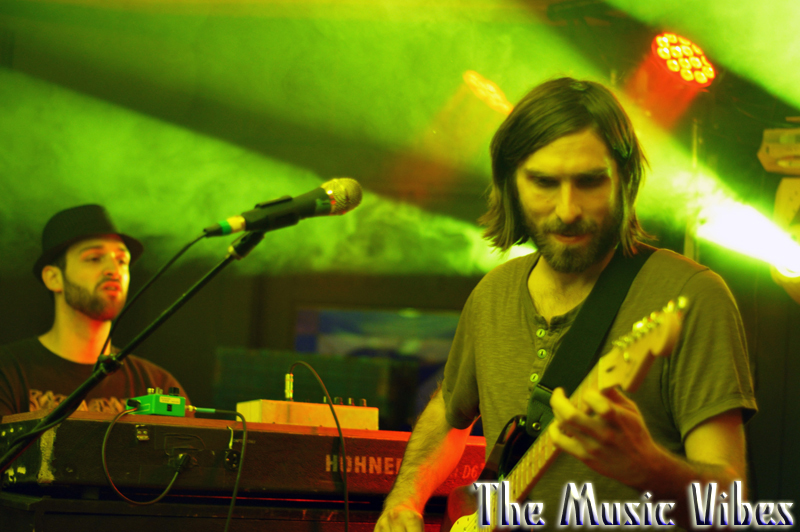 On this particular night at the Stanhope House, Dopapod played a phenomenal set that was a compilation of all three of their studio albums.  They started the night off with “Braindead” from their newest album, Redivider, setting the mood the first minute with the hard guitar and metal-esc sound, getting the crowd pumped right off the bat.  The keyboard and synthesizer kicked in, with Dopapod’s eerie vocals “tiny little beetles, resting on the trees, underneath the rotting wood, brings them to their knees, want to see them burn, but the trees would then go down, want to see their ashes fall, like snowflakes on the ground.”  Already hyped from the last song, they brought us back to their second studio album, Drawn Onward, with “New James”, one of their funkier beats coated with Winderman’s groovy keyboard and synthesizer, allowing the crowd to fall into a mellower groove.  They followed with “My Elephant Vs. Your Elephant” from Redivider.  This was preceded by another song off of their Drawn Onward album, “Bahbi”, in which the pace picked back up.  Next came one of my personal favorites, “Psycho Nature,” which simply hypnotized the audience with their vocals “eat… drink… breathe… sleep.  Eat… drink… breathe… psycho nature.” 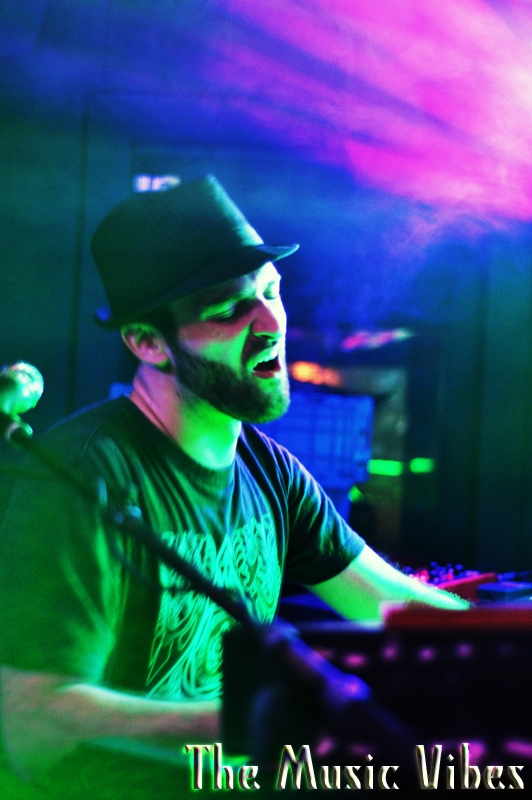 After playing the next song, “Cloud,” Rob Compa had an intimate moment with the audience as he said this was one of their new songs and an audience member excitedly exclaimed, “it was great!”  Dopapod brought it back to their first album Radar with the next song “Eight Years Ended” into “Black and White” from Drawn Onward.  Another groovy song with vocals “Ghosts” came on keeping the crowd boogying.  When the time finally came for the set to close, the band’s final song was “Bubble Brain” also from Redivider.  The entire audience grooved in this ephemeral moment, praying that the music would never end.  Then that was it.  The show was over.  The crowd begged for more, but at the same time their sheer exhaustion from incessant dancing was apparent, and satisfaction splayed across the band members’ faces. 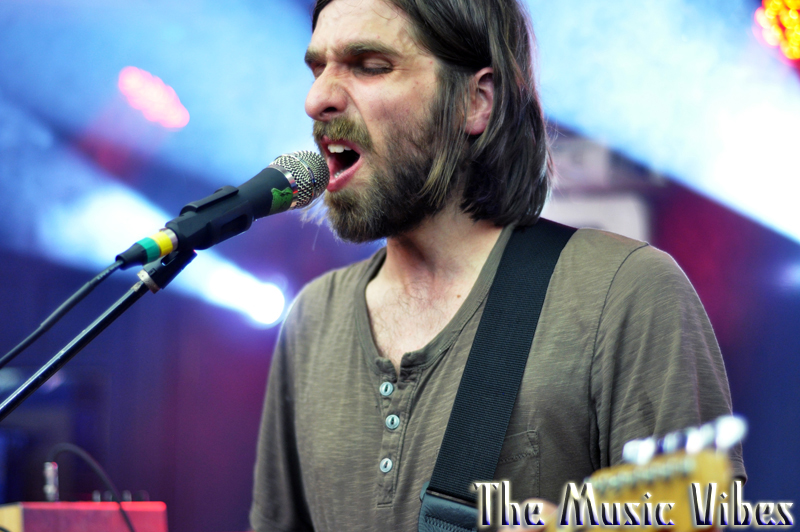 Be sure to catch Dopapod on their Summer Tour on May 11th at Upstate Spring Revival in Lyons, NY.  They will also be performing at several music festivals throughout the summer, including Summer Camp Music Festival, Electric Forest, The Big Up, Mantrabash, Catskill Chill and Bear Creek Music Festival! 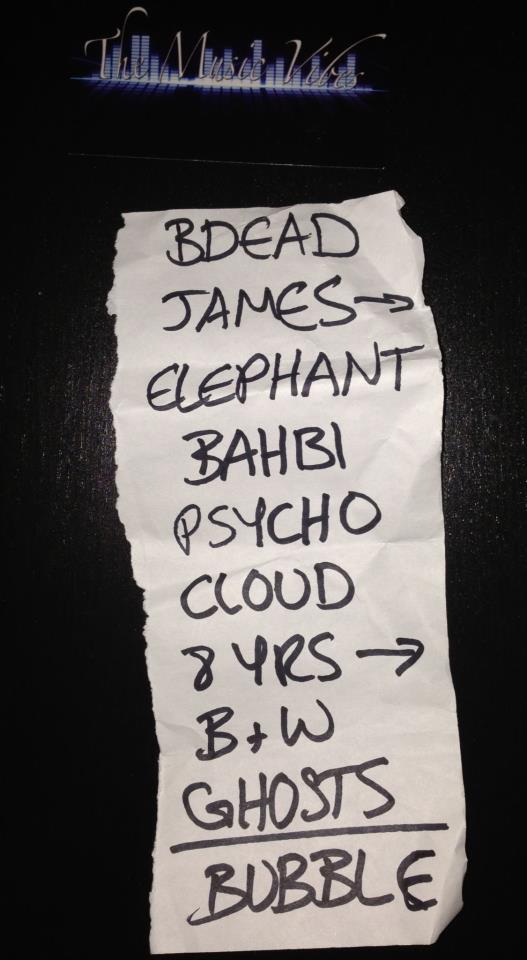 ©2013 The Music Vibes All Rights Reserved